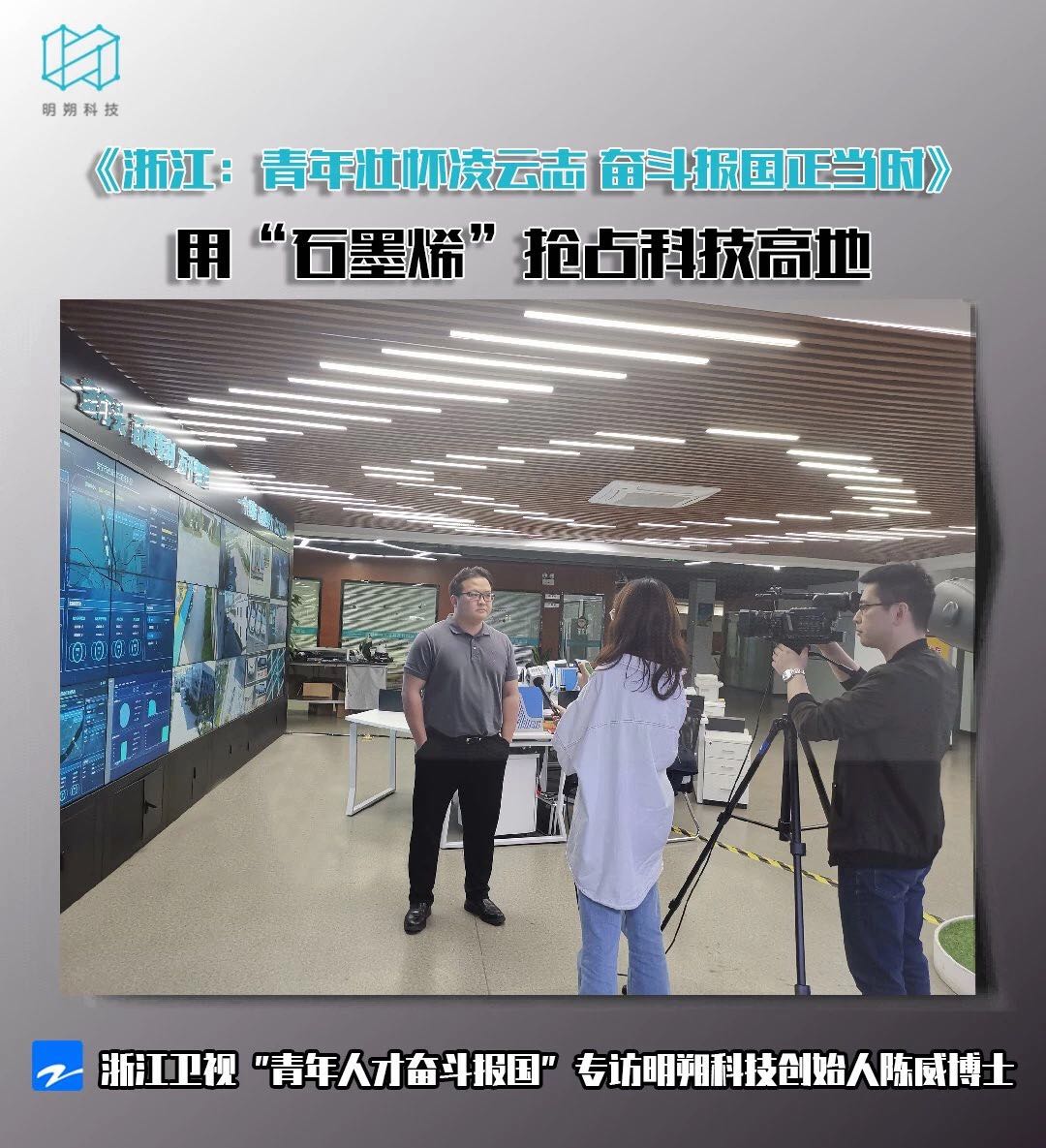 due to his efforts in promoting and supporting the youth, dr. chen wei, founder of mingshuo (beijing) electronic technology co., ltd. (ms technology), was interviewed by zhejiang satellite tv’ news feature for the 100th anniversary of the may fourth movement. as a representative of science and technology entrepreneurs in the new era, dr. chen wei is one of the earliest researchers to study the development and design of graphene materials in china. since his graduation, he has been committed to developing and transforming cooperation among enterprises, universities and research institutes. at present, the graphene heat dissipation composites that he developed have been successfully applied in high-power led lighting, road iot, portable air-conditioners and other fields, and have won high acclaim in the market. as an r&d leader, dr. chen wei is actively involved in cutting-edge technology and pioneering industry development. he is focused on market and user-oriented transformation of technological achievements, and promotes industrial and national development through technology and entrepreneurship.