mingshuo has seized historic opportunities made possible after recent friendly exchanges between chinese and vietnamese leaders with regard to the practical cooperation and deepening of the belt and road initiative, having sent a business delegation just the other day to vietnam for in-depth research into the street lamp market and later signing a memorandum of understanding with relevant parties. 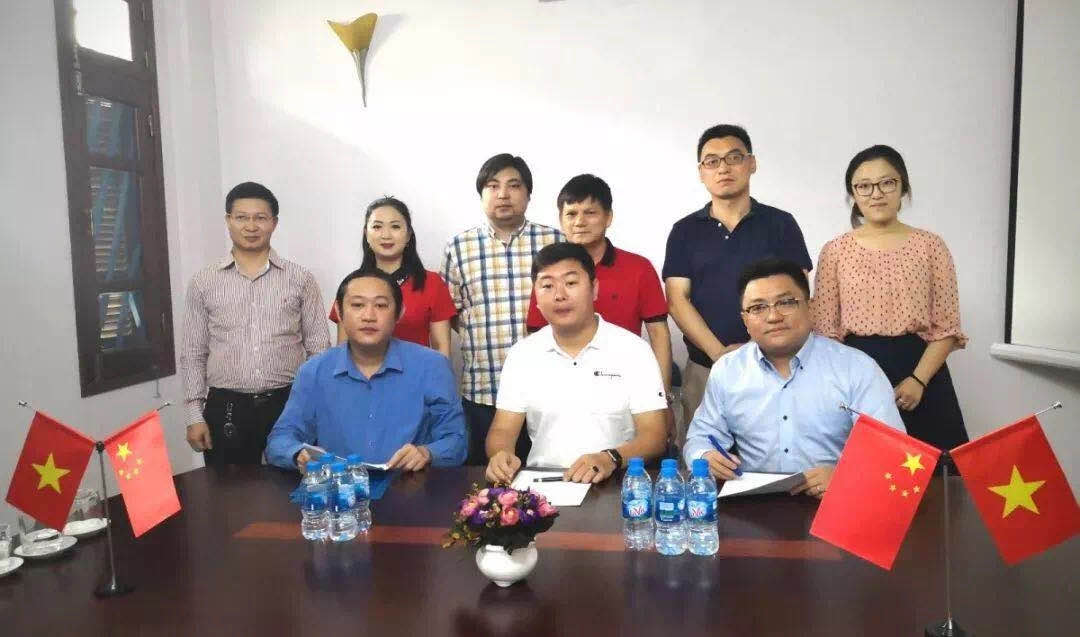 present at the signing ceremony were kang kai, general manager of dongxu optoelectronic’s marketing center for graphene business, jiang wei, deputy general manager of ms technology, nguyen tri dung, general manager of yuanjia technology consulting and trading (“yuanjia trading”), and liu wanjun, assistant general manager of yunnan baolan technology (“baolan technology”). the latter three signed the mou to make the first steps toward the joint development of the vietnamese led street lamp market and collaborate on how best to implement the concept of smart cities, photovoltaic power and other fields in their effort to promote a low-carbon and smart economy for vietnam. a pilot project is set to be carried out in phú thọ province.

there are 11,000 high-pressure sodium-vapor lamps in phú thọ province, which together consume 10 billion vietnamese đồng (around us $423,000) on a yearly basis. switching to energy-saving street lamps will bring considerable economic benefits to local communities and promote a low-carbon economy in cities. it is estimated that 500,000 graphene led street lamps will have been sold in vietnam by 2021.

as an emerging name in the national brands project of xinhua news agency, ms technology has joined hands with yuanjia trading and baolan technology as an active response to the belt and road initiative and its vietnamese “two corridors, one belt” component. such cooperation will allow all parties to quickly grasp firm hold of related market opportunities, further develop non-chinese markets and serve the infrastructure construction of belt and road countries with green products and investments, all to make sure that every person everywhere comes out with an upper hand.

during the one week of research and exchange, the three parties went on field trips to places throughout phú thọ province and hanoi, where mr. kang kai examined every corner of the streets, especially typical roadways, and drew up a preliminary market research report to provide a general schematic for subsequent design.